Motor Gómez builds customer loyalty thanks to our SMS service

For the presentation of the new Audi Q8 and the Volkswagen Touareg, the Madrid dealership Grupo Motor Gómez organised an SMS campaign through which they collected data that enabled them to find out which customers were really interested in the event.

This company, which has always shown itself to be innovative and entrepreneurial, used text messages as a powerful tool for call to action. The SMS pointed to an explanatory landing page, which included an application form or the possibility of being contacted directly by telephone.

In essence, an example of one of the facets of our LINK Collect service!

Grupo Motor Gómez had conducted several campaigns with LINK Mobility, but on this occasion they wanted to reach as many customers as possible interested in an event in which two new vehicles were to be presented, and in which a mini paddle tennis tournament would take place.

Excellent results were obtained through the SMS campaign: 99% of messages were delivered in the case of Volkswagen and a 100% for Audi, a good number of visits to the two landing page were obtained, and a large number of forms were collected in a single day.

In addition, these messages not only served for this car and paddle event specifically, but also to collect applications for upcoming events.

This is an example of effective communication that serves to improve the relationship with customers, build loyalty and improve databases. 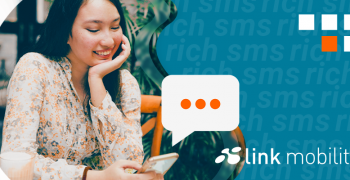